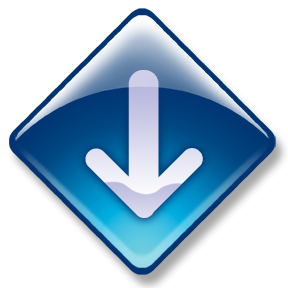 Most industry experts (46%) polled by Bankrate.com this week expect mortgage rates to remain stable over the short term. While one in three (36%) predict an increase, 18% anticipate further declines.

WASHINGTON – April 13, 2012 – The average rate on the 30-year fixed mortgage dropped near its all-time low this week, making homebuying and refinancing a bargain for those who can qualify.

Mortgage buyer Freddie Mac said Thursday that the rate on the 30-year loan fell to 3.88 percent from 3.98 percent. That’s just above the rate of 3.87 percent reached in February, the lowest since long-term mortgages began in the 1950s.

The 15-year mortgage, a popular option for refinancing, plunged to a fresh low of 3.11 percent from 3.21 percent last week. The previous record of 3.13 percent was hit last month.

Mortgage rates are lower because they tend to track the yield on the 10-year Treasury note. Last week’s disappointing report on March job growth led more investors to sell stocks and buy Treasurys, which are considered safer investments. As demand for Treasurys increases, the yield falls.

Yet the low rates are unlikely to draw in many more people looking to buy a home or to refinance their mortgage.

Some would-be buyers are still skeptical about purchasing a home with prices still falling. Home appraisals that are higher or lower than the sales price have scuttled a rising number of home contracts. Many Americans are struggling with damaged credit and unstable finances.

And mortgage rates have been below 4 percent for all but one week since early December, leaving some potential buyers and refinancers unimpressed by new record lows.

“The rates have been very attractive for some time,” said Bill Armstrong, vice president of Mackintosh Realtors in Damascus, Md. “Rates going a little higher or lower is not going to have much of an impact.”

Still, the mild winter has helped lift expectations for the housing market after four years of sluggish sales.

January and February made up the best winter for re-sales in five years, when the housing crisis began. And builders in February requested the most permits to construct homes in more than three years.

Applications for new mortgages have fallen over the past month, according to the Mortgage Bankers Association. But there has been a sharp rise in the average mortgage size, suggesting an appetite for bigger loans. The average size of mortgage applications has increased by $20,000 since December, to about $235,000 last month.

Home prices continue to fall. Prices tend to lag sales and millions of foreclosures and short sales – when a lender accepts less than what is owed on a mortgage – remain on the market. And the housing crisis and recession have also persuaded many Americans to rent instead of buy, which has led to a drop in homeownership.

To calculate the average rates, Freddie Mac surveys lenders across the country on Monday through Wednesday of each week.

The average rates don’t include extra fees, known as points, which most borrowers must pay to get the lowest rates. One point equals 1 percent of the loan amount.

The average fees for the 30-year and 15-year fixed loans were unchanged at 0.7.

The average on the one-year adjustable loan rose to 2.80 percent from 2.78 percent, and the average fee was unchanged at 0.6.
Copyright © 2012 The Associated Press, Derek Kravitz, AP economics writer. All rights reserved. This material may not be published, broadcast, rewritten or redistributed.