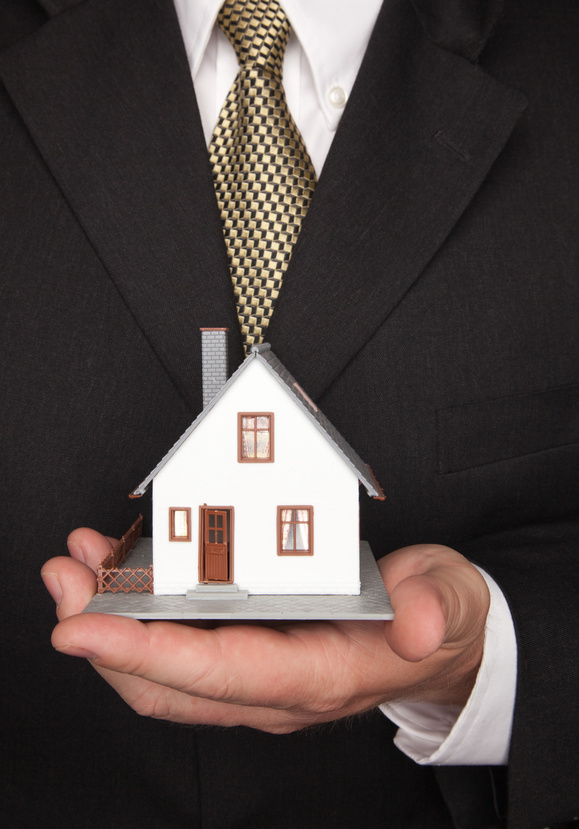 NEW YORK – March 9, 2012 – The first two months of the year are usually the slowest for Mark Prather’s real estate agency.

“On Jan. 5, the phones started to ring,” with would-be buyers and sellers hoping to make a deal, says Prather, whose ERA Buy America Real Estate Services is in La Palma, Calif., on the border between Los Angeles and Orange counties. That quickly lifted the mood at his agency, where business plunged when the housing market collapsed.

“I’ve come to work with people who have optimism in their eyes as opposed to people who look like they’re coming to the morgue,” Prather says.

It looks like the prolonged dry spell at real estate agencies is finally ending. The housing market peaked in 2005, fell in 2006 and by “2007, the wheels fell off,” Prather said. Agents got a respite in early 2010, when the government was giving first-time homebuyers tax credits of up to $8,000. But sales immediately plunged when the credits expired on April 30 of that year.

Business started gaining some momentum in late 2011. The National Association of Realtors has said that the number of people who signed home sales contracts rose in the last three months of 2011 after dropping for three straight months. In January, they hit the highest level since April 2010. Meanwhile, sales of previously occupied in homes in January were at the highest level since May 2010.

Reports from the field back the headlines. Prather, who also is a mortgage broker, says his company closed 50 loans in February. More than half of them were for purchases. A year ago, it was closing 25 to 30 loans a month.

Chappy Adams, president of Illustrated Properties in central and South Florida, says the number of sales contracts his agents have handled this year is up 50 percent from a year ago. Florida was one of the hardest-hit markets when sales and prices plunged.

“I’m looking at opening new offices” because demand for houses is up, Adams says. “Two years ago, I wouldn’t have thought of it.” He had 650 agents at the peak of the housing boom and 450 about a year ago. Now he’s back up to 530 agents. Prather had to lay off 80 percent of his staff after the market crashed. His company went from 200 agents in the spring of 2005 to 30 at the market’s low point. He began hiring last year as the market started looking a little stronger. He’s now up to 70.

The arrival of 2012 brought a change in the psychology of the housing market, according to Prather. He credits the stock market’s recovery for helping would-be buyers decide it’s safe to start shopping. The Dow Jones industrial average passed 13,000 last month for the first time since 2008. The Dow “is the most publicly broadcasted number that the average layman can see and say, are things good or bad?” Prather says.

Buyers are also seeing the unemployment rate creep lower, and the number of new jobs rising and that’s making them more secure about investing in a home. The housing market is also benefiting from renting becoming more expensive. Government figures show that the cost of renting climbed 2.4 percent from January 2011 to January 2012. More people are thinking about buying so they can get some return on their monthly payments.

“With interest rates at 4 percent or less, prices 35 to 40 percent below the peak of 2005, the cost of homeownership is less than renting in our area,” says Joseph Boniakowski, who owns the E.A. Boniakowski Agency in Greenbrook, N.J.

The sales recovery is stronger in some parts of the country than others. Sherry Chris, nationwide president of Better Homes and Gardens Real Estate, says New England, the Northeast and the Midwest are busier. So are parts of Florida, as Adams has seen. But Arizona is still struggling, she said.

While business is picking up in many parts of the country, sometimes it isn’t as lucrative as in the boom years. Short sales, or a sale for less than a homeowner owes on a mortgage, are now a part of Boniakowski’s business. A lot of agents are also handling foreclosure sales. That can hurt commissions – homes that have been foreclosed tend to have lower sales prices. Many are in poor condition because they’ve been neglected or because the owners trashed them before leaving.

Revenue may not come back to 2005 levels for some time. Prices are far below their peak levels in many parts of the country, and that means smaller commissions on sales. Agents with mostly entry-level buyers may also bring in lower revenue than in the past. Meanwhile, many sellers aren’t waiting for prices to go higher, Boniakowski says.

“They’re saying, “I’m going to accept the fact that here’s what the market value is.”
Copyright © 2012 The Associated Press, Joyce M. Rosenberg, AP business writer. All rights reserved. This material may not be published, broadcast, rewritten or redistributed.